An Act of Solidarity and prompt Reaction 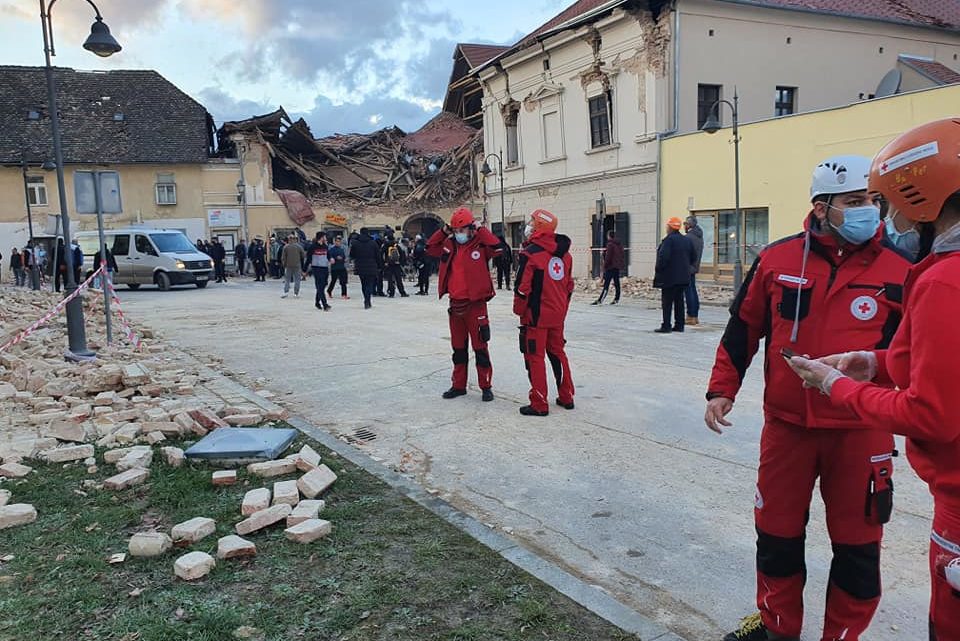 Croatia, December 2020. Hundreds of Croatian Red Cross personnel mobilised when a magnitude 6.4 earthquake struck on 29 December, with its epicentre at Petrinja. At least seven people were reported as killed and at least 26 people injured.

The members of the Alps-Adriatic Alliance (AAA), chaired currently by Varaždin County Prefect, Radimir Čačić, have expressed solidarity with the victims of the earthquake, which caused tremendous damages in the Croatian County of Sisak-Moslavina at the end of December 2020. The AAA reacted promptly, shortly after this natural disaster devastated the heart of Croatia.

Good news came immediately, in December 2020, from the Austrian members – Carinthia, Steiermark and Burgenland, which helped the devastated areas with € 20.000 respectively. According to the Austrian „Kronen Zeitung“, on the joint initiative of the governors of Carinthia, Peter Kaiser, and his colleagues from Burgenland, Hans Peter Doskozil and their Styrian colleague Hermann Schützenhöfer, the total amount of € 60.000 were paid by these three Austrian Bundesländer for the victims of the earthquake in Croatia.

By the beginning of January 2021, financial aid was also provided by the Croatian AAA-members. The County of Istria collected, together with the towns and municipalities € 131.500. Međimurje County provided two mobile houses for temporary stay in the value of € 19.737. They have also given a sports hall at disposal, which serves as a logistical centre for the collection of donations. Međimurje County has collected 50 tons of different supplies and by the end of January another 100 tons of supplies will be delivered to the affected areas. The total value of collected supplies is around € 32.895, which makes € 52.631 contributed by Međimurje County. Koprivnica –Krizevci and Krapina-Zagorje Counties, contributed with € 26.300 respectively and Primorje – Gorski kotar County with € 52.600. Varaždin County provided direct financial aid to Sisak-Moslavina County and the City of Petrinja with € 32.895.

Except for the financial direct aid and contribution in supplies, worth more than € 380.000, the members of the AAA also put all the intervention and operational forces at disposal (fire brigades, emergencies, and civil protection forces) and they all coordinate the collection of humanitarian aid and send containers and other necessary equipment. The help continues to be provided, so that the amount increases day by day.

„By this act of solidarity, the members of the Alps-Adriatic Alliance have proved again the purpose of the existence of this organisation. Namely, in more than 40 years of its existence, the aim of the organisation was mostly development of good neighbourly relations and encouragement of cooperation between citizens. However, this cooperation means also a prompt and concrete help in difficult situations as well, when members are affected by natural disasters. Solidarity, friendship and a sense of belonging to a joint culture and Central European space are manifested especially in situations like this one. On behalf of the Alliance, I would like to express my deepest gratitude to all the members, their citizens and operational forces for any help provided, either financially or in any other form“ – said the Chair of the Alliance, County Prefect Radimir Čačić.

In more than four decades of its existence, the Alps –Adriatic Alliance has become a recognizable trademark for cooperation and the exchange of ideas and positive experiences in the Alps-Adriatic area. Throughout decades, it has contributed to the inclusion into European cooperation and integration processes, as well as in the creation and preservation of the Central European identity.

← Alps-Adriatic Tourism Architecture „CERLI“: The Lessons the AAA has learned from the Pandemic →